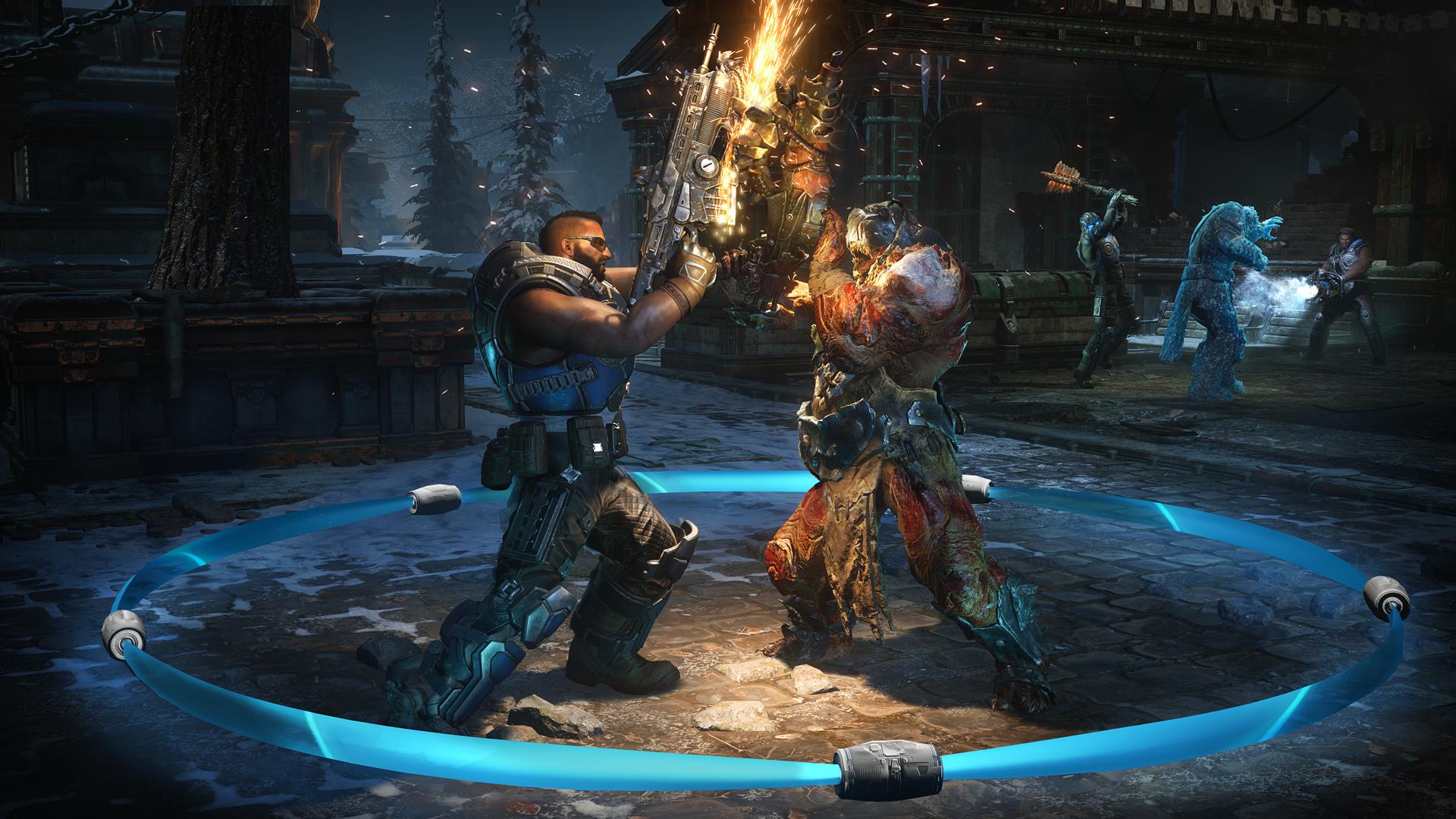 Gears 5 is coming soon, and Escalation mode has been changed since the 4th game.

The video embedded below, narrated by multiplayer design director Ryan Cleveland, digs into the changes that are coming to Escalation, and the new mechanics you’ll have to contend with to claim victory.

Escalation has an increased reliance on teamwork, he says. This is “the most intense competitive mode to date” in a Gears game yet, apparently. The mode was introduced in Gears of War 4, but has been changed in significant ways for 5.

The first of the four ‘things’ is the basic logistics of how the mode works. Two teams of five players battle to take over and control three rings on the map, which earn your team a point per second. Having two of the three rings means your score ticks up faster than your opponent’s score, while getting all three is an immediate victory. Escalation is decided across 13 rounds.

The second point is that your number of lives now matters: each death takes off one of your five lives, and if you spend them all in one round you’ll be in a tough spot. One is added at the end of every round and five at halftime. This adds a lot of strategic depth – it might be best to just call a round lost rather than wasting a respawn in an impossible situation, for instance.

The third point is that the ‘weapon pick’ system has been overhauled. This means that after each round you can place or upgrade a weapon, or even disable an enemy weapon. Weapons can be placed onto the ‘center line’ in the middle of the level at less cost than putting a weapon closer to your spawn point. You can upgrade your grenades into more powerful weapons as you go. It sounds like a fairly complex system, but one we’re sure we can pick up.

The fourth point relates to spawns. In your spawn formation, there’s a three person frontline and two players at the back, who are the only players armed with support grenades by default, without needing to spend between rounds. Respawning starts at 16 seconds and decreases by one second per round, before resetting at halftime – this means that the game will get a bit more frantic a few matches in.

If you’ve got Game Pass you’ll be able to test it out yourself on July 19, when the game’s technical test starts up.

Gears 5 launches for Xbox One and PC on September 10.